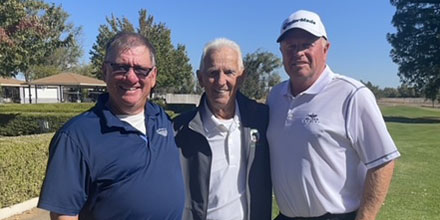 The first senior 4-Ball match play championship was held at Mather Golf Course on October 22 and 23, 2022. Exactly eight teams signed up with the first round of match play on the morning of October 22. The afternoon semifinal matches were held at the request of the senior players so they could complete the final match on October 23 rather than extend to the following weekend. In the semifinal matches, the team of Dan Orovich & John Rotteveel defeated David Bunfill & Tony Ralph on the 19th hole, while the team of Mark Morgan and Chris Miller defeated Bill Morris & Jeff Weiss 5&4.

Many thanks go to the Mather Golf Course staff and Sac Golf Council volunteers.