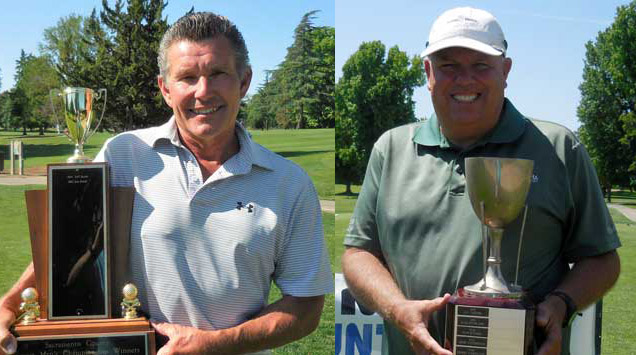 The Super Senior Championship was an upset. Frank Pieper, Carmel, was in the final group leading by a stroke after 17th. The drive on 18 was lost left, had to re-tee, taking a double on the final hole for a 146. Mark Miller, of Brentwood, had already posted a 145, to win this event by one stroke.