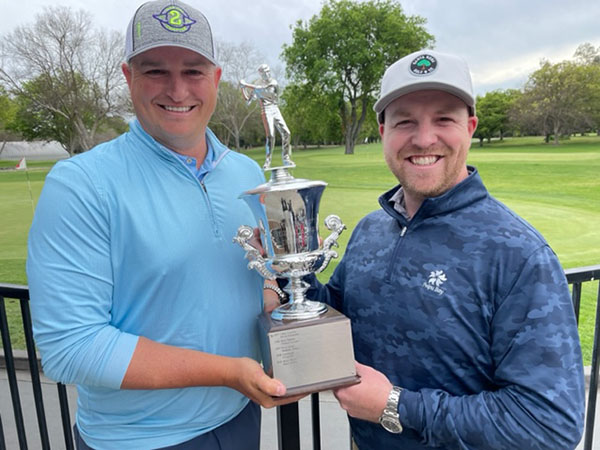 Medalists Wenger and McCready advanced to the final match on Sunday afternoon, March 27, having defeated the team of Tighe Hammam and Taylor Hobin 4 & 3 in the morning semi-final round. Marc Engellenner and Travis Peterson (pictured above) had to go seven extra holes in the morning round against the team of Scott Bubany and Jason Herrera. Engellenner birdied the 25th hole for the win having also birdied the 18th hole to extend the match. The weather was excellent both weekends, and the course was in very good condition. Thanks to the Bing Maloney staff and the Sacramento Golf Council members Larry Glasmire, Mike Fleming, Steve Yates, Peggy Chan, Janice Luis, Dave Eisner and Bob Adams for everything they did to make the event a success.