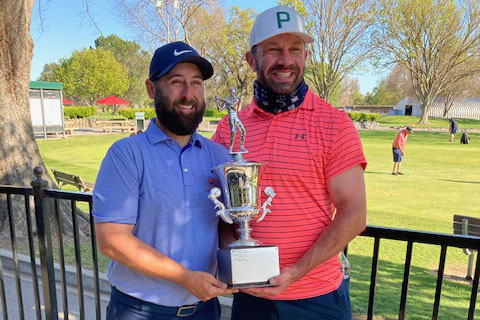 The matches were all about long drives, chip ins for eagles and long putts to win on the 18th hole. Medalists Viboch and Bucey won their final match against opponents Jason Herrera and John Byers on the 17th hole, 2 and 1. Nick Woo and Matthew Watkins out of Marin CC, who won the 2019 and 2020 Sacramento County 4-Ball at Mather, were the team to watch. They reached the semifinal round but were defeated by the Herrera and Byers team. Russell Humphrey and Juan Gonzalez each had holes in one. Many players along with NCGA rules official, Bill Perley, commented that this was one of the strongest fields at this event.