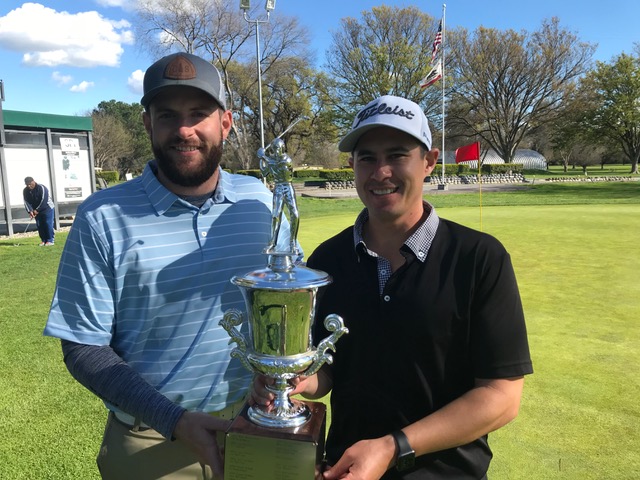 After shooting a 61 in the qualifying round to capture the top seed, the team of Matt Montez and Andrew Gunson won all their matches - 1 up, 2&1, 2&1, 5&4, and finally a 7&6 win over the runners up, Stefan VonSeeger and Josh Twist. Montez had most of the long drives of the tournament, 20 to 30 yards farther at times. Runners up Stefan Von Seeger and Josh Twist played very consistently winning 4&3, 1up, 21st hole, and 3&1 before it came to an end. Many of the players told Tournament Director, Rudy Danzinger, the field was one of the strongest ever.