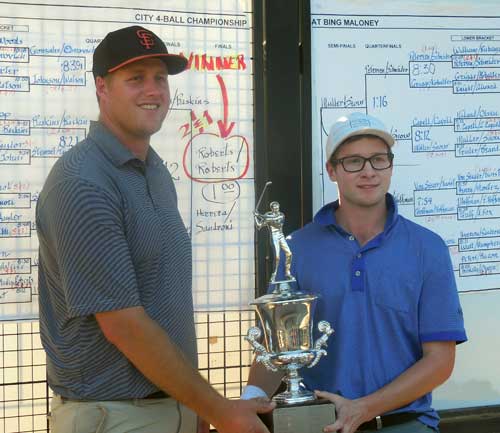 On the 17th hole, at 1 up, Austin wedged his ball to within 6 feet, then sealed the win with a birdie, center of the hole.

Noteworthy news, the only team to include a female partner, Jeff and Emilee Hoffman advanced to Saturday afternoon matches, to lose to our current runners up Herrera and Sandroni on the 20th hole.