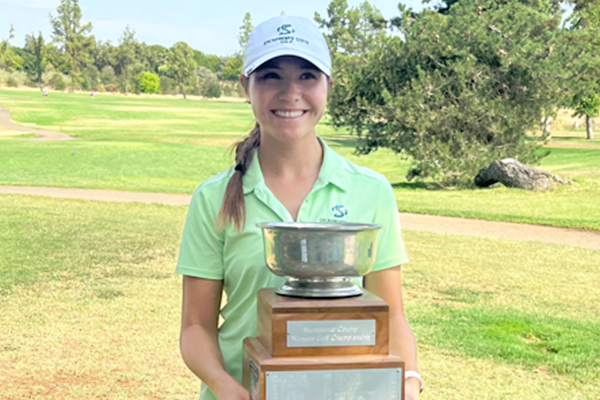 On July 30 and 31, 2022 the Sacramento County Women’s Championship and 2022 Handicap Championship were held at Mather GC, where 54 women competed – 36 in the Championship division and 18 in the Handicap division. The weather was originally expected to be quite warm, but surprised us, especially on Sunday with a few sprinkles! We weren’t off to a good start with public play delaying us by 10-15 minutes and having issues with not enough carts. By the time the Handicap players went off, we were about 20 minutes late. However, everyone survived the first day. The second day ran fairly smoothly until the second to the last Championship group encountered a ruling issue at the 18th hole, creating a delay.

The 2022 Sacramento Women’s Championship was retained by defending champion, Sienna Lyford, with a 137 gross score. Sienna will be a graduate transfer at Sac State this fall after completing her degree at UC, Irvine. The ladies playing with her made her work for it! Brenna Preap placed second with a 141 and Meghan Paracuelles place third with a 143 on a tie breaker with Alaythia Hinds who also scored 143.

We had an exciting finish in the Handicap Division, which hasn’t been played since 2018! We had a three-way tie at 7 under 137 with Vicki Philpott winning in a playoff at the first hole. Given this result, we awarded Vivian French and Karen Graser, with a share of the 1st place in the A Flight with Nanci Smith finishing in third place at 138! No, they didn’t really fight over the trophy, but they thought about it. There is always next year.

In the Handicap Division B Flight, Charlotte Wells finished first with a net score of 138 followed by Lora Lee Del Rosario at 145 and Deidre Wentworth at 146. 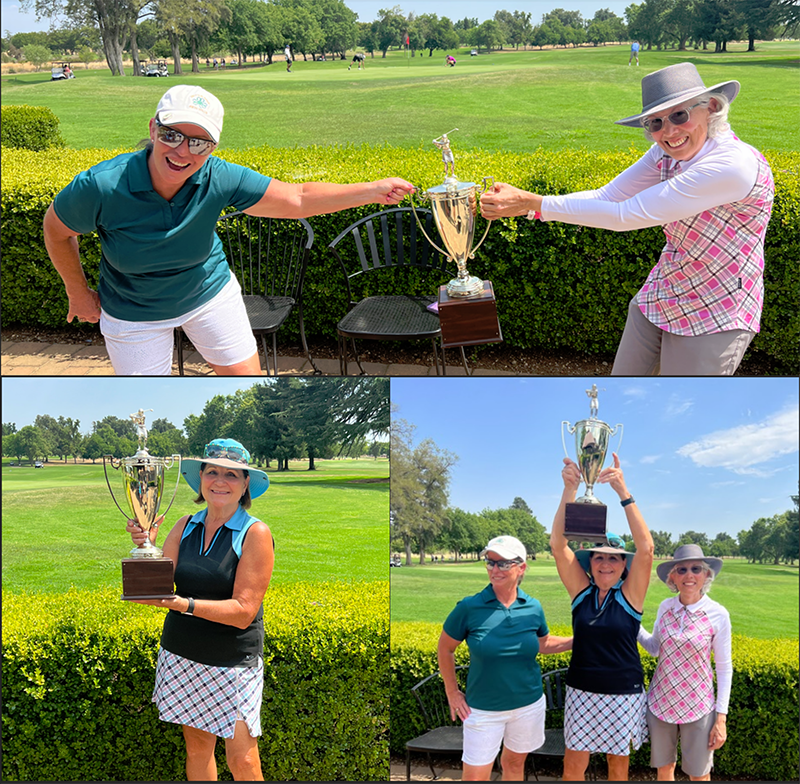 While it was pleasant in the morning with a few raindrops, by the time the ladies finished around 4:20 p.m. it was a little on the warm side and they were happy to be finished.