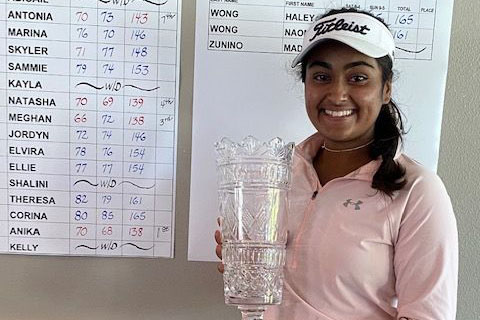 The 2021 State Fair Women’s Championship was held at Bartley Cavanaugh Golf Course on September 4th and 5th under ideal playing conditions. Temperatures were in the high 80s to low 90s both days with very little wind. The championship division played at scratch with 29 players competing. The Handicap division had two flights with eight players in the fist flight and nine players in the second flight.

The winner in the championship division was decided in a sudden victory playoff. Anika Varma (pictured above) prevailed with a birdie three on the first playoff hole over Meghan Paracuelles and Victoria Gailey. All three shot two-day totals of 6-under par 138. Anika Varma, age 17, is a senior at Granite Bay High School. Meghan Paracuelles, age 16, is a junior at Folsom High School and Victoria Gailey, age 21, is a senior on the University of Nevada golf team. 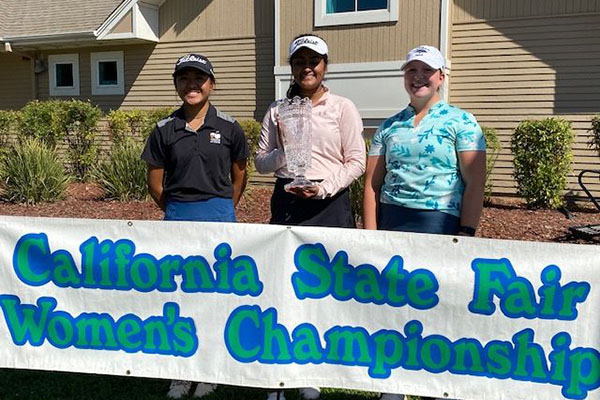 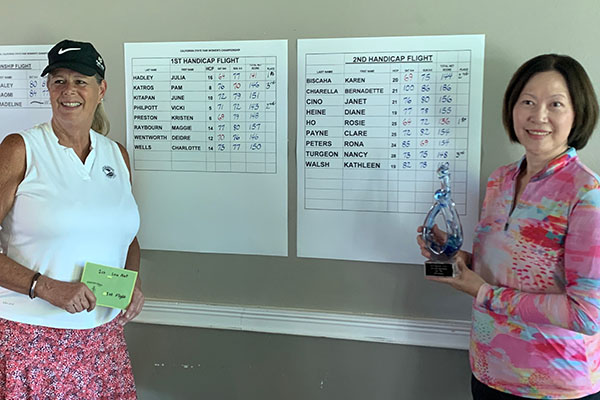