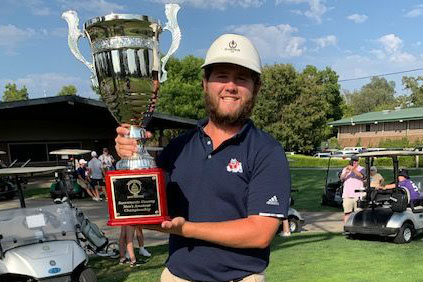 The 2021 Sacramento County Men’s Amateur Championship was held at Ancil Hoffman Golf Course on July 24-25. A strong field of 106 players teed it up on Saturday – one of the largest fields in recent memory.

The course was in good condition and the weather cooperated with cool mornings and near triple digits by the late afternoon.

Matthew Sutherland, who will start his sophomore year at Fresno State University, was the winner with a two-day total of 7 under par 137. Sam Sommerhauser, starting his sophomore year at the University of Arizona, tied for second with Taylor Knoll from Rancho Cordova with scores of 6 under 138. Knoll had a chance to tie Sutherland with an eagle putt on the 18th hole but was not able to convert. Tied for fourth were Michael Cliff, also from Fresno State, and Marc Engellenner, the current Sacramento City Men’s Champion, with scores of five under 139.

Complete results can be viewed at: