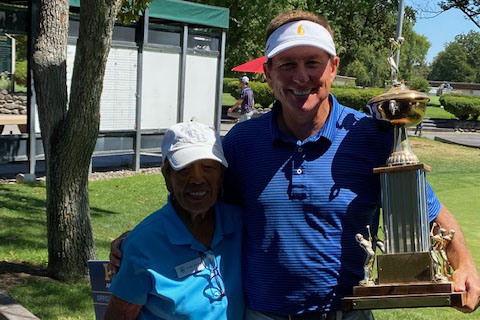 The 2021 Sacramento City Senior and Super Senior Championship was contested at Bing Maloney Golf Course on July 20-21. Playing conditions were ideal both days with a nice delta breeze overnight to cool things down.

The winner in the Senior division was Tony Padilla, with a two-day total of one over par 145. This is Tony's second win having captured the title in 2018. Three players tied for 2nd with two over totals of 146 - Scott Anderson, James Sewell and Chris Miller. The course was in excellent condition. Many thanks to the Bing Maloney tournament director, George Golden, and to all the Sacramento Golf Council members who help run the event.