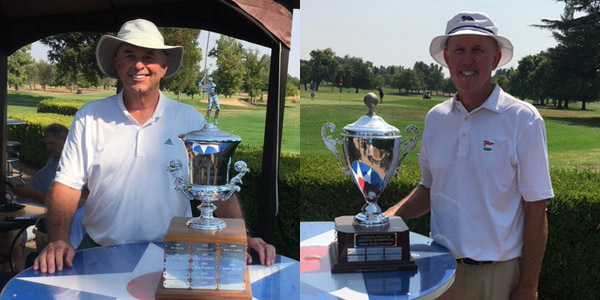 The 24th annual State Fair Senior and the 11th annual State Fair Super Senior Championships were held at Mather Golf Course Saturday and Sunday – September 5th and 6th. The players had to endure some very hot weather. The field was the largest in the past 10 years with 88 players initially signed up.

Also, Casey Boyns made a hole-in-one on #7 on Saturday.