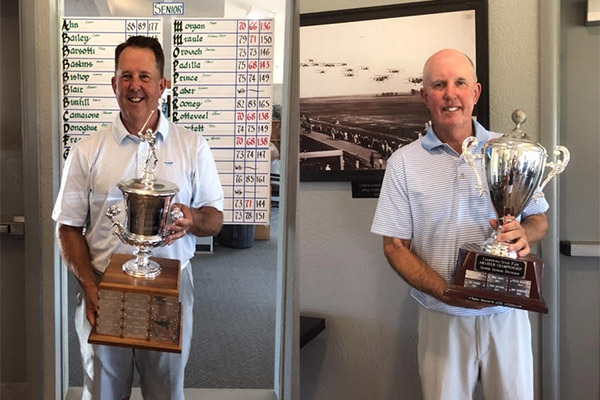 With the win Morgan completes a sweep of the SGC Senior championships for 2019, having previously won the County Senior in May and the City Senior in July.

Jeff Burda won his first Super Senior Championship in a playoff with Chuck Richesin. Jeff won on the 3rd playoff hole. Jeff shot 69 in the final round, while Chuck shot 67 to get into the playoff. Jeff is a 3-time winner of the State Fair Senior Championship, winning in 2008, 2011, and 2012.

Tied for 3rd was Mark Miller and Bob Olds, both from Brentwood.

Richesin was close to a clean sweep of the four SGC Super Senior championships in 2019, having won the County and City Super Seniors as well as the Vintage Super Senior.