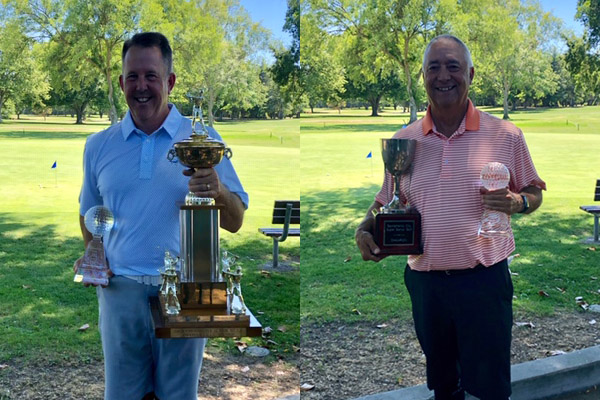 Tied for third with 144 were Greg Saiki and Ron Johnson. Alone in fifth place was Jeff Burda with a score of 146. These guys are darn good players with great sense of humor.

With the win, Richesin has now captured all three SGC Super Senior events played in 2019 and will be looking to win the upcoming State Fair Super Championship for a clean sweep.