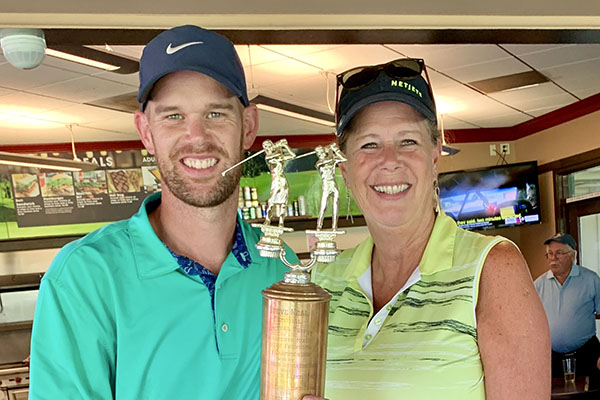 The annual City Mixed Team Championship was played at Bing Maloney on Sunday, August 11th. We had 26 teams participate and ten teams were awarded gift cards.

The overall net champions with a net score of 60 were the mother and son team of Julia Hadley and Bryan Trimble. The overall low gross score of 68 was shot by the father and daughter team of Chris and Lexi Perry.

The 1 st place low net winners in the A Flight were the team of Charlotte Wells and Cam LaCasse with a net score of 61.5. In the B Flight, there was a tie for 1 st place with two teams netting 62.5. Karen and Kurt Biscaha won the tiebreaker against Pam and Michael Venturi.

Thank you to all the participants making the 78 th Championship a success and hope to see you at future Sacramento Golf Council Events!