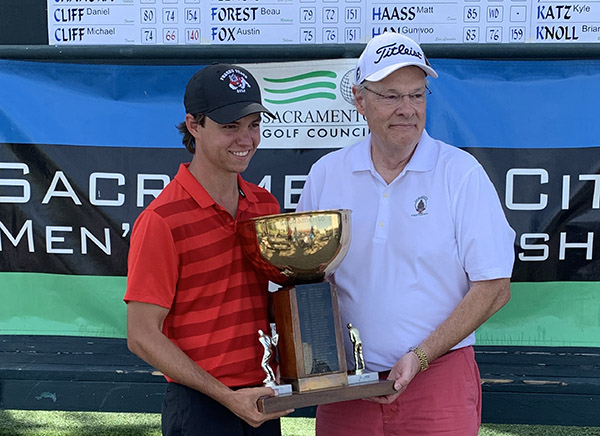 Michael Cliff won the tournament with a stellar 66 on the final day to shoot 140 for the tournament. Cliff is from Fresno and a member of the Fresno State golf team.

The Alister Mackenzie course at Haggin Oaks in Sacramento is the home of the tournament and was in fantastic shape with many compliments from the players.

Kevin Blue was the runner-up with a fantastic 142. Third-place had a four-way tie at 143, one under par: Paramdeep Sodhi, Matthew Watkins, Dylan McDermott, and Drake Mendenhall.

The first day of the tournament and the wind was blowing 25 mph but the second day the weather was perfect.