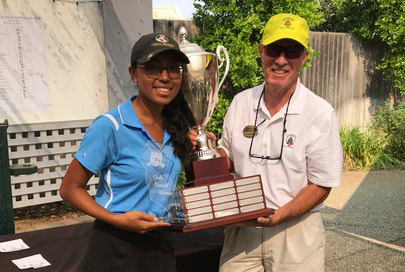 The two girls divisions competed for the overall girls winner and for first, second and third position within their respective division.  There was a two-person playoff to determine the overall girls champion with two low scores of 68.  The playoff started on hole one. Both players three-putted for bogey on the first hole. Anitra Khoth, age 16 from Stockton, won the playoff with a birdie on the second hole over Ellie Bushnell, age 13 from Granite Bay. Anitra is a two-time champion, having won in a three-way playoff in 2016.

Following is a summary of the results.