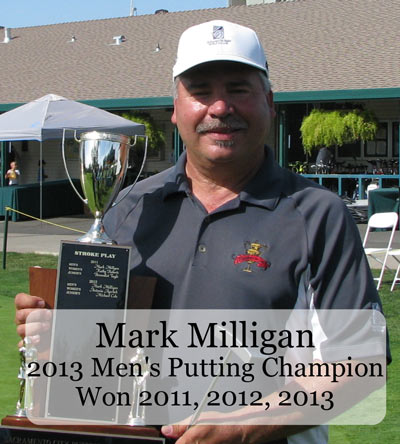 Mark Mulligan is the 2013 Men’s Putting Champion. Match play finals with opponent Kevin Kilkenny was all square after 17 holes. Mark then made the ace on the final hole to win the match. This is Mark’s third consecutive win for this event. Angie Dixon won the Women’s Putting Championship after playing 22 holes with opponent Linda Blackburn. Dixon’s experience as Executive Director of The First Tee of Sacramento may have had a lot to do with her success here.