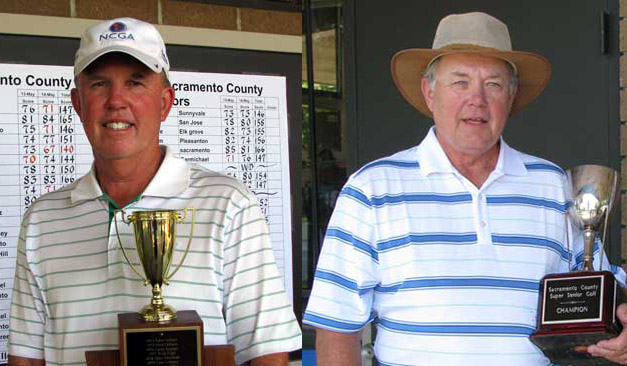 The Sacramento County Men’s Senior & Super Senior Tournament was held May 13,14 at Ancil Hoffman Golf Course in Carmichael. The Senior division was again won by Jeff Burda with 73-67-140. Burda is a repeat champion, having now won five times. He prevailed in 08,09,10, and last year 2013. Burda’s final round at 67 included five birdies and no bogies.

In the Super Senior Division Dennis Younglove provailed at 143 by one shot over Bob Olds of Brentwood.